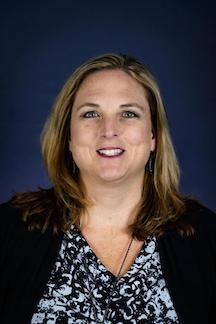 Ms. Rueda has worked in education for 21 years, with the last 17 in Bryan ISD. Since 2015, she has served as the principal of Navarro Elementary School, where she was assistant principal the prior three years. She won the “Administrator of the Year” award twice at the school.

She began her education career as a physical education teacher at Truitt Middle School in Cypress-Fairbanks ISD. Four years later, she moved back to Aggieland to start her Bryan ISD career, becoming a PE teacher at Rayburn when it was a middle school.

In addition to winning “Administrator of the Year” at Bryan ISD in 2009, 2010, 2013 & 2014, Rueda has a proven track record of leadership. She served as Bryan ISD’s summer school principal on multiple occasions, is a Class of 2010-2011 member of the Leadership Brazos Alumni Association, and has served as a coordinator or member of multiple leadership committees at nearly every step of her professional career.